The Best Halloween Parties Ever

In 1987 I was working in Battle Creek, Michigan for a company that produced television commercials. The job was a lot of fun and my co-workers were even more fun. For two consecutive years we had a Halloween party that was a combination of murder mystery, costume party and role-playing game.

Each guest was given a character description prior to the party and once they arrived they stayed in character and were given situations which they had to role play. The scenes were videotaped then later edited into a “movie” called “Zombie Asylum” In addition to the bad acting the movie was filled with tacky sets, cheesy props and really bad special effects. A few months after Halloween we all gathered together for the “premier” of the finished film.

Even though the film was called “Zombie Asylum” there was not a single zombie to be found anywhere in the movie. A zombie-less zombie film, go figure. 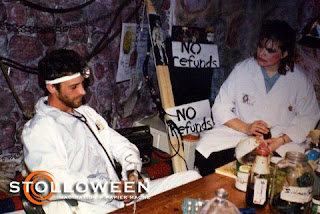 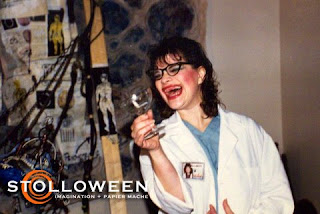 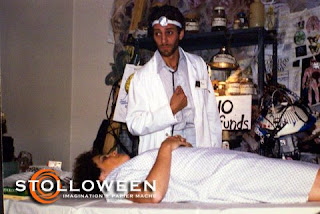 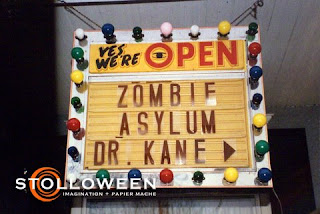 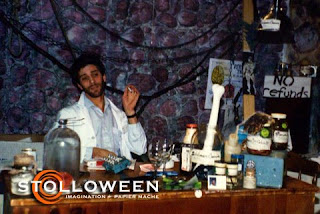 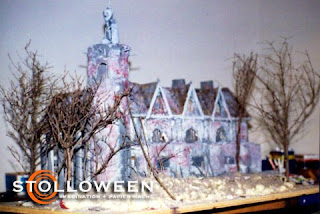 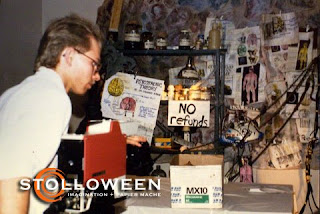 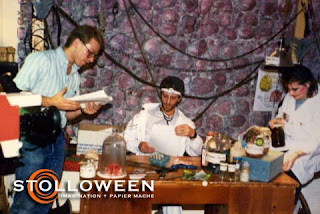 In 1989 I accepted a new job back in Midland and while I no longer worked with my friends from Battle Creek I had planned on continuing the tradition.
The first year back in Midland I wrote the treatment/screenplay for the third installment and started work on thirteen life-sized zombie puppets, finally “Zombie Asylum” would live up to its name.
Sadly the party never happened and my papier mache zombie puppets became the starting point for our yard display a few years later in 1992. 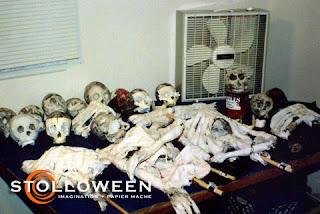 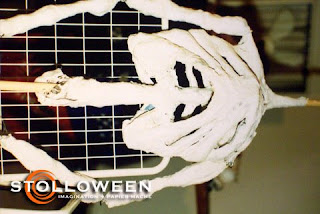 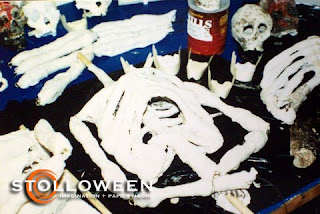 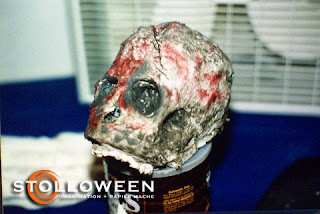 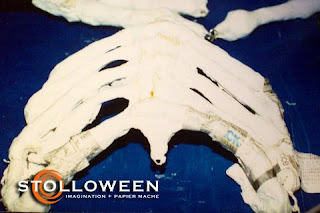 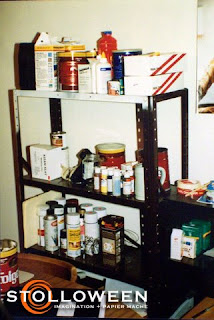 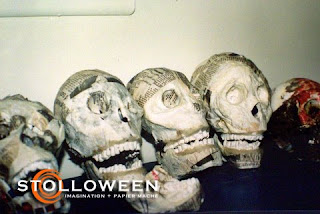 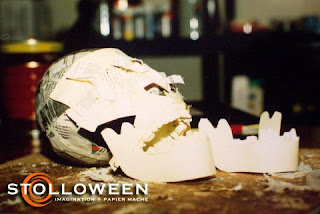 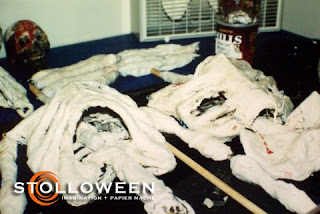 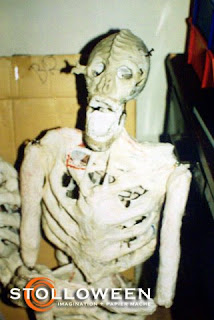 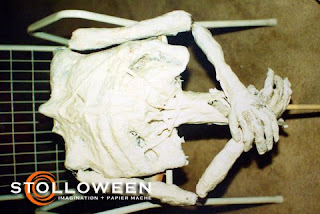 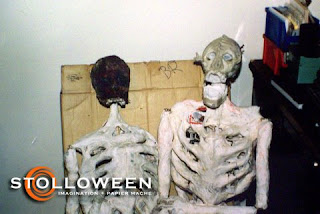 Posted by STOLLOWEEN at 8:41 PM