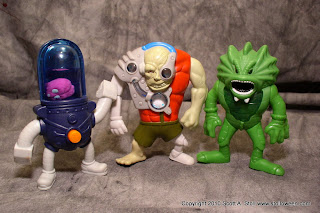 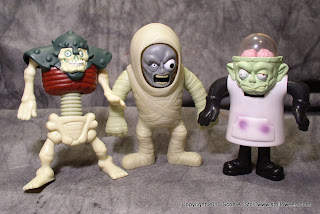 Seeing it’s now cold outside I thought it would be a good time to resume rummaging through my many bins of “Collectibles Retained and Packed” or CRAP and see what I could find.

This first thing out of the bin was 16 McDonald’s Happy Meal toys called Stretch Screamers released October 3 through the 30th in 2003.

According to an online source there were originally eight different monsters available although two were recalled.

My personal favorite is the mummy which changed faces when the arm was pulled and the mad scientist sporting a squishy expanding brain.

This is good crap. 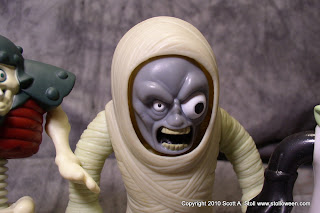 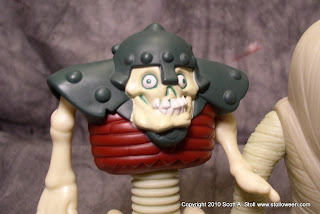 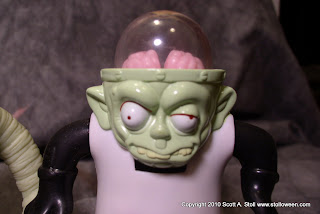 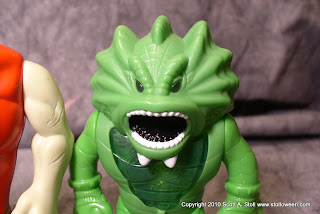 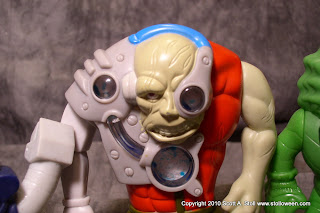 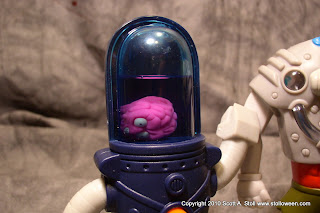 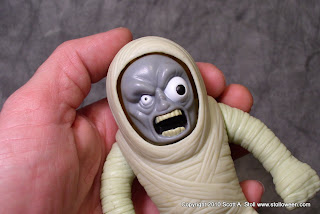 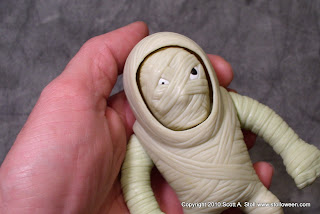 Posted by STOLLOWEEN at 9:09 PM

These are actually pretty cool! Most of the stuff that comes in Happy Meals is just regular old crap (not C.R.A.P.), but these are a cut above, no doubt about it. I wish I'd seen these whenever they first hit Mickey D's.