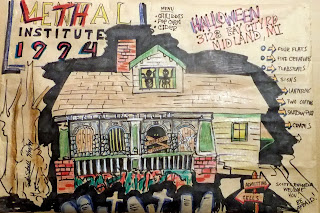 Found this illustration dated September 30th, 1994, a combination of black marker and crayon on a large sheet of brown craft paper. 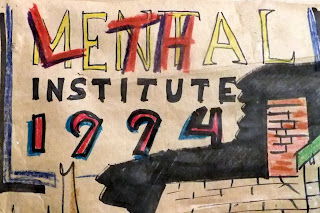 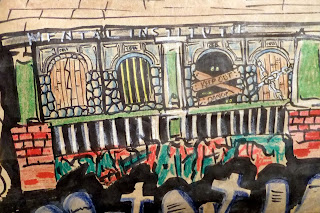 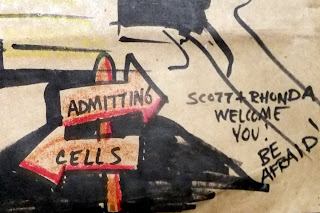 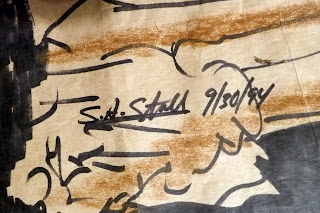 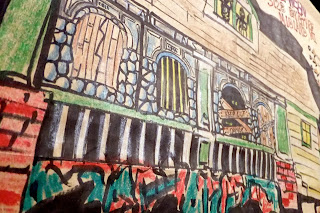 As I remember this was the game plan for our Halloween display in 1994 but after looking through boxes of old photos it became apparent that I didn’t follow through with these plans.

The yard display for that year did feature the window flats or panels and I would love to show you the photos but unfortunately 1994 is marred by overexposed and out of focus photography.

The price one payed back in the day when you actually used film to take pictures. 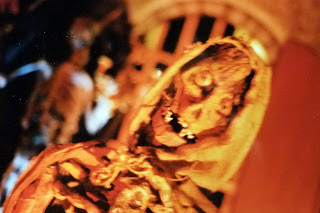 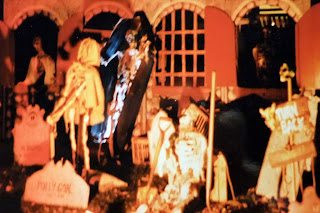 Anyway several years later I did follow through with the concept and created a similar yard display although I dropped the “Mental Institute-Lethal Institute” theme. 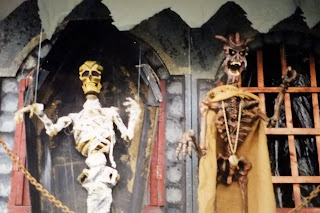 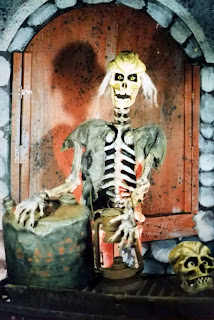 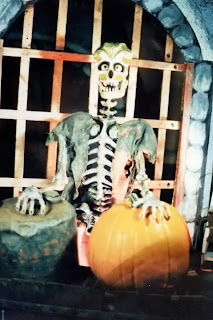 The thing that strikes me most about this discovery is the fact that I didn’t start planning my display until September 30th, only a month until the big day.

Sort of makes me long for the days when Halloween didn’t consume me 24/7.

Posted by STOLLOWEEN at 9:21 PM